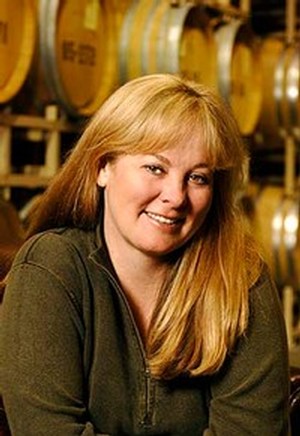 Kris Curran undoubtedly ranks among California’s highest profiled winemakers, particularly for her gift for creating outstanding Pinot Noir. She’s voted as one of Wine Spectator’s Top Winemakers almost annually due to her pioneering station amid the industry’s forward-thinkers.

Kris’s love for animals led her to Science, which led her, ultimately, to winemaking. She initially graduated from Cal Poly, San Luis Obispo with an Animal Science Degree, followed by her second Bachelors, this time in Winemaking from Fresno State. From there Kris took up a position at Cambria as Assistant Winemaker and later became a founding member at Koehler. She progressed to Sea Smoke where she produced seven vintages but left when Foley Wines offered her the Winemaker position, where she made wines under the Foley, Lincourt and Two Sisters brands.

Today Kris continues to fulfill her innovative standing as the first Californian vintner to popularize Grenache Blanc which she started making in 2003. Her love for Spanish varietals prompted her to take up the challenge of mastering different production techniques: “I have come to appreciate the unique personality of each varietal with which I work. I combine this understanding with my scientific knowledge in pursuit of crafting the best wine possible.”